I recently read this article on the bbc news site and found it a hard read – It was quite upsetting and it really challenged me to consider how I treat homeless people.

Yes, I’ve stopped and given a few coins to some homeless people sometimes; Yes, I’ve also bought a sandwich and a drink for a few as well; But have I ever really taken time to speak to them? My honest answer is, no I haven’t – Just like two-thirds of other Scots, I haven’t taken the time to stop and engage in conversation with a homeless person.

I was recently in Glasgow city centre during the day for the first time in a while, and must admit to being quite shocked and saddened by the number of people sitting/lying out in the streets homeless, on what was a chilly morning.

Who am I to judge these people, as just like me they are human beings! The difference been them and me is they have lost everything, including all hope. What can be worse than losing all hope and having no-one to talk to?

Why do we feel afraid to speak to homeless people? What reasons do we have to feel afraid of them? Personally I think it’s probably just another sad indictment of how society is these days – The fact that the article on the bbc website states that younger people are less likely to stop and help homeless people does seem to confirm this.

What has our world become, that we aren’t willing to try to help those at their lowest?

Let’s take time to help anyone who needs help, regardless of whether they are our friend, a neighbour, a colleague, someone we meet in the street or a homeless person. 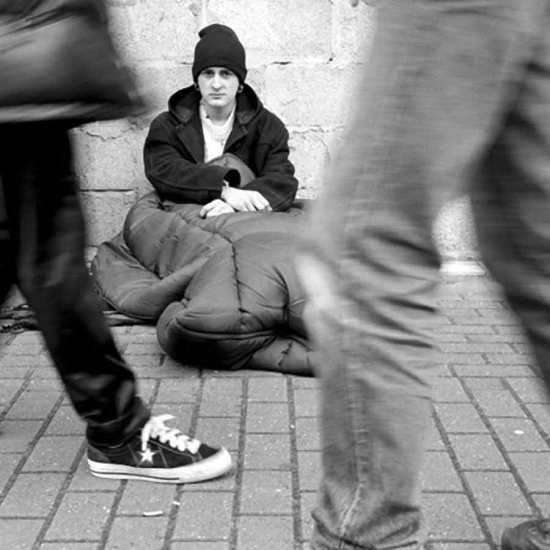