I think my love of music started at a very early age as both my Mum and Dad were always very musically minded. 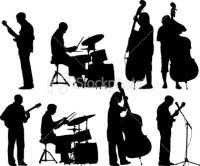 My Dad is a big fan of jazz/big band music and as a keen musician has played in many bands over the years. He also spends a lot of time arranging/composing music for some of the bands/soloists he knows.
On the other hand, my Mum’s side of the family grew up attending the Salvation Army and as such were heavily involved in both the singing groups and the bands – My grandfather having been the leader of the first singing group (Songsters) at Rutherglen corps!
I remember when I was very young, climbing up on the piano stool beside my Dad while he “tried out” some of his arrangements/compositions – Apparently I was a “great help”!
As soon as I turned seven I started piano lessons and continued this for a number of years, going through the exams up to Grade 8. It wasn’t always easy but thankfully I stuck at it.

Although having been taken along to the Salvation Army at Rutherglen from a very early age, and giving my heart to Jesus at age seven, I never joined the junior band (Young People’s Band) until I was about 11 or 12 as my piano lessons were the same night as the learners class! Even when I did initially join it was to play percussion!!!
After a short while I was given a trombone, a short lesson on how to hold it, blow into it and the various slide positions for the notes and the rest is history as they say! That was my one and only trombone lesson (and yes I know that explains a lot!) – My Dad and one of my cousins both being trombone players, then became the source of the rest of my trombone training.
Between learning the piano and trombone, I also learned to play clarinet, although I did continue to play my clarinet for a number of years, I’m afraid it’s now been a while since I last played it.
After all this while I was still at Rutherglen Salvation Army, age 18, I became a uniform wearing Salvationist – during this time still in the Singing Company (junior choir) and  YP Band (junior band), but also joined the Songsters (senior choir) and Senior Band. Not long after becoming a Salvationist I became pianist for the Singing Company (junior choir), and then also for the Songsters (senior choir). A little later I took on the roll of Deputy Songster Leader and a little later again followed in my grandfather’s footsteps by taking on the roll of Songster Leader for about two and a half years. After a short break from the Songsters I took on roll of Songster pianist for the second time. I also following in my Dad’s footsteps, by composing several songs for the songsters and arranging music for several soloist.
In 2002 I transferred to Bellshill Salvation Army where I’m a member of the Senior Band.

So there you go, that’s my musical background! Having had a grounding in music from an early age, I’ve also found music to be a very important part of my life and especially my Christian life. I’ve found over the years in so many situations that a piece of music or a song can say more to me than anything another person can say. Music seems to be able to touch my heart and emotions to a greater extent than anything else, so I do treasure the times when I get to just sit and listen to music.
So what’s my favourite music?

That’s very hard to say, because I often find it depends greatly on how I feel at the time I’m asked! I love a very wide variety of music and style, however it may not surprise you when I list several Christian or Salvation Army songs/pieces of music as my favourites:


I’ve used it before but here’s an video of Lord I come To You which I find inspiring and emotional from the start of the video: