Looking back over my blog posts at the end of the last two years, I see my comments about the last two years were that they were pretty rotten years. Well guess what, 2014 has had some real lows but thankfully also some highs too.

So let’s start with the highs first: 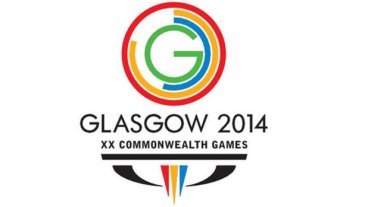 2014 saw us having 3 family weddings, the first ones since our wedding 20 years ago! Mind you they didn’t half make me feel old though, especially the last of the 3 weddings which took place just last Saturday, as it was the oldest daughter of one of my cousin’s that was getting married, and she was a flower girl at our wedding!

This year also saw my home city of Glasgow hosting the Commonwealth Games. As it’s unlikely to happen again in our lifetime we took this opportunity to attend a number of events during the games, and were so glad we did because we thoroughly enjoyed ourselves. What a fantastic atmosphere there was at all the events we attended, Glasgow did us proud!

Onto the not so good stuff from this year:

The first family wedding of this year was in Keighley, Yorkshire, and sadly my hubby was unable to travel down to the wedding because of his health. So Mum and me travelled down to the wedding ourselves. It was a long and tiring weekend but one which we thoroughly enjoyed. In the following couple of weeks I didn’t think my Mum was quite herself and seemed overly tired, I thought it was just due to the wedding… 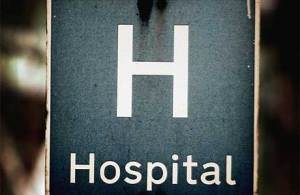 A couple of weeks after attending that wedding, I found my Mum lying on her living room floor, she’d been there for approx. 19 hours, but couldn’t get up and couldn’t reach the phone. Thankfully she hadn’t broken anything but she did end up in hospital for a number of weeks for rehabilitation. When she was discharged from hospital she was very tired and confused when we got her home, and didn’t last very long at home until she ended up back in hospital again – I found her on the floor again the morning after she was discharged from hospital! Mum was admitted to hospital again for a number of weeks. During her time in hospital time they found her infection markers were very high and despite numerous treatments they failed to come down, so further tests were performed and they showed Mum had cancer.

Things moved very quickly then and before we’d really had time to take in what was happening, particularly Mum. Mum started her chemotherapy in September and was finally discharged from hospital at the beginning of October after being in hospital for over 3 months (excluding the 1 overnight she had at home when she fell again). Mum has continued to get chemo every few weeks, and hope to find out fairly early in 2015, how well this has worked.

Add to this, my hubby’s health issues, my own on-going health issues, and those of our 19-year-old cat, and you can see this year’s had some tough times for us.

Sadly this year I also discovered that several people who I had come to consider as good friends, sharing some private things with them, have turned out to be false friendships. As when things got tough in various areas of my life this year these folk have hardly spoken to me, taken other people’s side in disagreements without even asking me for my side of things. It’s been upsetting that they have chosen to believe the views of another and seemed not to even consider that this view was not an accurate reflection of events. This was made worse when I asked one person about something I supposed said, and they just laughed, suggesting they had no understanding of how events had hurt and affected me. They certainly haven’t shown any interest in me or my family or the fact that I’ve been struggling to cope with all that’s I’ve had to cope with over the last while…

So it’s been a stressful year with some highs and some lows. To be honest I’m not quite sure how I’ve kept going as, as well as working full-time, I’ve either been visiting Mum in the hospital, or looking after her at home very day. Between looking after our house, and Mum’s house, and making sure Mum has everything she needs, it’s tiring, and stressful to put it mildly! That said I know that in all these situations I’ve listed here, God has been there with me, and they have each been part of God’s plan for my life.

I’m finding life quite tough just now with everything that’s happened in the last year or two, but just like last year there’s one song that has been stuck in my head which keeps reminding me that no matter what I’m facing, and how bad life seems, God is there for me and He will always be there for me – Here’s Kutless with Promise of a Lifetime:

I hope your 2014 has been a happy one, however if not, I hope you have had the love and support of family and friends to help you through the year.

I pray that as we look ahead to 2015 you may go forward with confidence knowing that whatever situations you have to deal with, God is by your side not just during this Christmas season, but all year-long.