Before I go any further I must point out that I of course am much younger than my husband! 🙂 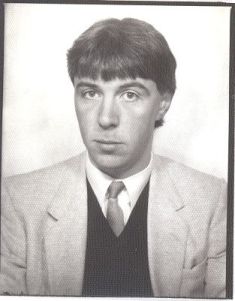 My life was in the balance last week when I passed on some photos of hubby from the past to work, so they could celebrate hubby’s birthday with him last Friday – we’re both off this week so they wanted to celebrate his birthday with him beforehand. My fears were unfounded as hubby took all the posters/pics in good humour so my life was safe for the time being…but for how much longer?! 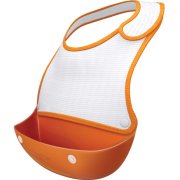 Those of you who know my husband will probably know that he likes his food, and in addition to that, that he can be a bit messy/clumsy sometimes. For sometime now I’ve been kidding him on that I’d get him a pelican bib, like babies have to catch the food he drops…well I did, I found him an adult sized pelican bib!

So that was the something silly, but what did I do that was silly? Well again on the same theme as my other surprise for him. i.e. food/eating related, I bought 50 bars of chocolate or tubes of sweetie and wrapped them up individually for him. So whenever he wants a sweetie, he can open one of the little presents I got him and have a surprise seeing what kind of sweetie he’s got this time!

As my hubby is originally from Alloa, and a lifelong Alloa Football Club supporter, I also bought him a few bits and pieces of their things. Do you think he’ll like them?: Mousemat, pennant, keyring 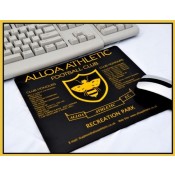 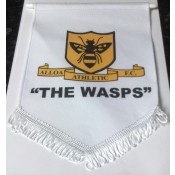 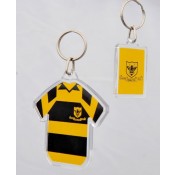 To my husband, happy 50th birthday!