So we’re just about at the end of another year. So how’s 2011 been for you? For me 2011 has been one which I probably would rather forget. So how would I sum up my year…

2011 started well, as hubby and me did our usual New Year’s Day thing and took in a Chinese to Mum and Dad’s for dinner. We spend a while at Mum and Dad’s before coming home to relax for the rest of the evening. I changed into my pjs when we got home and was stretched out on the sofa watching the TV, when I suddenly felt really unwell…

That was the start of my rotten start to 2011, as I ended up off my work for two and a half months during which time I got sent for various tests etc to try to establish the cause of my illness.

One Thing After Another

Just a few days before I was due to go back to work after being off at the start of the year, my hubby took unwell and ended up in hospital with kidney stones, and then had to have an operation. So as I say just as I was feeling a bit better (though not 100%), hubby ended up ill.

It improved a bit for a while until the end of September when hubby fell ill again, this time with some kind of viral infection. Unfortunately the virus seemed to hit him really badly so much so that he ended up off work from then until just a couple of weeks before Christmas.

This year hasn’t been one of my hubby’s best ones as far as health is concerned.

Just like the last few years, this has been yet another one where I’ve had more and more tests at various hospitals, but we’ve still no answers to my ongoing health concerns. Maybe 2012 will be the year!

Feeling the Effects of Living With Dementia

Those of you who have been reading my blog for a while, while know that my Dad has vascular dementia, and has been getting progressively worse over the last year or so. 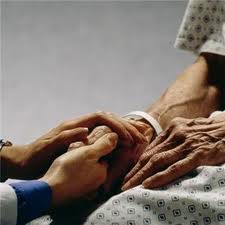 Dad’s now got to the stages where he doesn’t know who anyone is, including me – and that’s heartbreaking. Apparently there’s even been a couple of times when he’s asked Mum who she was, that must have been really really tough on Mum.

Mum’s finding it more and more difficult to look after Dad at home, as it’s a 24/7 job, and without meaning to be unkind, Mum’s not as young as she used to be! Fortunately Mum has accepted some help from social work so someone come in to help with Dad a few days each week and he also goes to a day centre on another day. At least when Dad’s at the day centre, Mum gets a chance to chill and do some things she wants to do without having to worry about leaving Dad for too long.

The best thing that happened this year was Dad going into a local care home for one week’s respite care, at the start of November. I took the week off work so I could spend it will Mum so she didn’t feel too alone without Dad at home. We had a good time, going round the shops, lunching and visiting a few places we’d not been for a while. Personally I don;t think this week could have come soon enough for Mum as she really was needing a break from caring for Dad.

So the week’s respite care did Mum the world of good, and it certainly didn’t do Dad any harm either…not that he remembers anything about that week or even that he was away from home for a few days!

Not Limited to Humans!

Health concerns within my family have not been limited to the human members of my family, as our cat, who is now 16 years old, wasn’t very well at one point this year. For a few weeks we were going back and forward to the vets with him for more tests and more tablets to try and get him well again. Thankfully though, he got over his illness almost as quickly at it had originally appeared…mind you our bank account is still recovering!

Unfortunately this year also marked the sudden passing of a good friend. Rest in peace my friend.

My thought and prayers have continued to be focused on her family, particularly during this festive season.

Even right to the end of this year, it’s not been a great year – just today we heard the sad news that the wife of one of my husband’s cousins had passed away.

What Made My Year

So this year has obviously felt like there have been more lowlights than highlights, however as I take more time to consider events of this year I realise that though I may not have initially considered it a highlight, I now realise that I could not have got through this year without the support of my family and friends.

I’m not going to mention specific people as I’ll only miss someone out! So suffice to say that some of the folk who have most supportive to me this year have come from unlikely sources, at work and also through Twitter and Facebook – you know who you are. I have to make particular mention of my Twitter and Facebook friends who I’ve never even met in person, but who have supported me through some tough days.

I simply want to say to each of you, thank you for all the love, support and prayers you’ve given me and my family throughout this year – it has been greatly appreciate by both me and Mum.

So there’s my year, how’s your year been? I hope whatever you have faced this year you have had some highlights which you can cherish as memories for a long time.

Just to finish off what has been a pretty rotten year for me, can I remind you not to ever underestimate how many blessings you receive and give out over  the period of a year.

Many may seem very small and insignificant, however they may well have had a massive impact on the recipient – they may have meant the world to them!